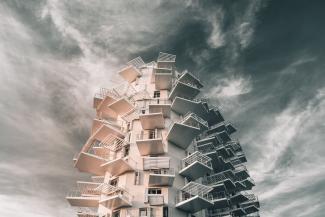 Pandemic's Impact on the Market and Economy Has Rattled Retirement Confidence

Americans are less optimistic about their ability to enjoy a comfortable retirement due to the coronavirus pandemic, according to a new nationwide retirement survey released today by Kiplinger's Personal Finance magazine and the Alliance for Lifetime Income. Survey findings are available on Kiplinger.com and in the October Issue of Kiplinger's Personal Finance on newsstands today.

Half of respondents (50%) say they are less confident about living comfortably in retirement than they were before the pandemic. Women, people in their fifties, those with lower household net worth and those who are not yet retired are even more pessimistic about retirement.

Kiplinger's Personal Finance in partnership with the Alliance for Lifetime Income, a nonprofit organization that helps educate consumers about the importance of protected lifetime income in retirement, surveyed a national sample of Americans between the ages of 50 and 75, equally divided between men and women, with a net household income of at least $100,000.

"The pandemic and resulting market volatility have created a 'Retirement Reset' moment, where opinions and attitudes about retirement planning are shifting towards less risk and greater protection," said Jean Statler, chief executive officer of the Alliance for Lifetime Income. "Americans today have a renewed interest in sources of protected income in their portfolios, like annuities, that provide them with confidence that they won't run out of money in retirement."

In fact, two-thirds of respondents with the option to invest in an annuity through an employer's retirement plan have chosen to do so. And 40% of respondents, overall, say they have put or would consider putting a portion of their retirement savings into an annuity that would guarantee a monthly income for the rest of their lives.

"While pandemic-induced market volatility has shaken the confidence of many people, a majority still believe they will be able to create a secure income stream, or 'paycheck' in retirement," said Mark Solheim, editor of Kiplinger's Personal Finance. "Part of the reason they express confidence is because half of the pre-retirees and 70% of retirees in the survey expect to receive or currently receive a pension, even if it is a modest monthly income of $2,500 or less."